These days a lot of people are beginning to see love and sexuality differently while some 50 years ago whenever you spoke about relationships, it was one that involved people of opposite gender now a totally different ball game is what is obtainable.

A lot of celebrities have begun to come out to declare your sexuality as gay or bi. Taking this bold step is one that requires a lot of courage because these individuals will undoubtedly be faced with a storm of negative comments.

There are quite a few celebrities that have made us know where they stand when it comes to sexuality, and there are some that we suspect are bisexual or gay when really they are straight.

So who are some of the favourite celebrities that a lot of us have considered into same sex? Well as you read further, you would find out.

Ryan Seacrest is a very popular radio and TV personality. There have been different rumours in circulation about this handsome man’s sexual orientation so much so that even his ex-girlfriend Julian Hough was talking a lot about this straight celebrity being gay.

Julian once talked about how there was a time she had assumed that her ex-boyfriend was gay. Julianne is not the only one who has accused Ryan of being gay. the most hated American Idol judge Simon Cowell has also labelled Ryan as gay one time when he told him to find a way to come out of the closet. 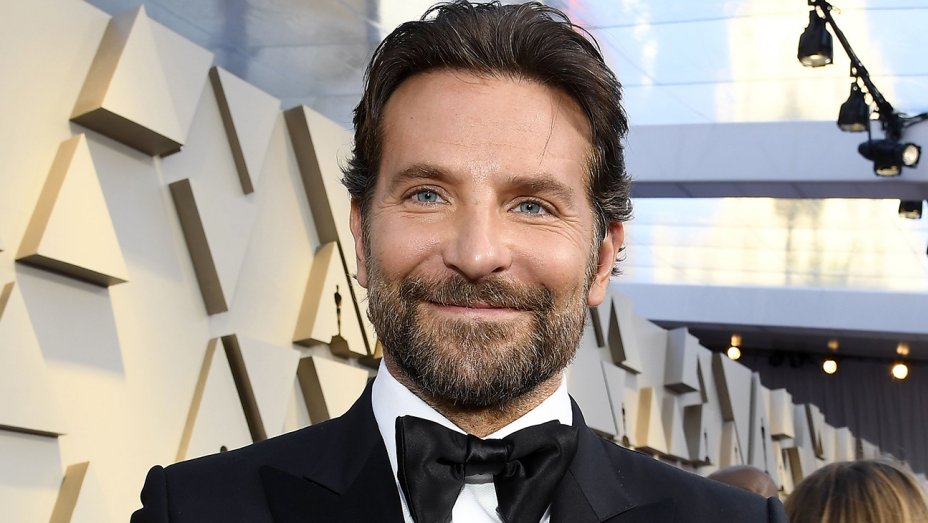 We all know the Bradley Cooper is almost every girl’s man crush all day every day. But at the same time, we are aware that he has a long-standing relationship with Irina Shayk.

his earlier romance with different actresses and models is also something that is not a secret to anybody who has followed this famous actor over the years.

However, regardless of the fact that he has a child with Shayk, a lot of people are still of the opinion that this celebrity is gay and that all the relationships he has had with different females were actually just a way to cover his secret relationships with men. 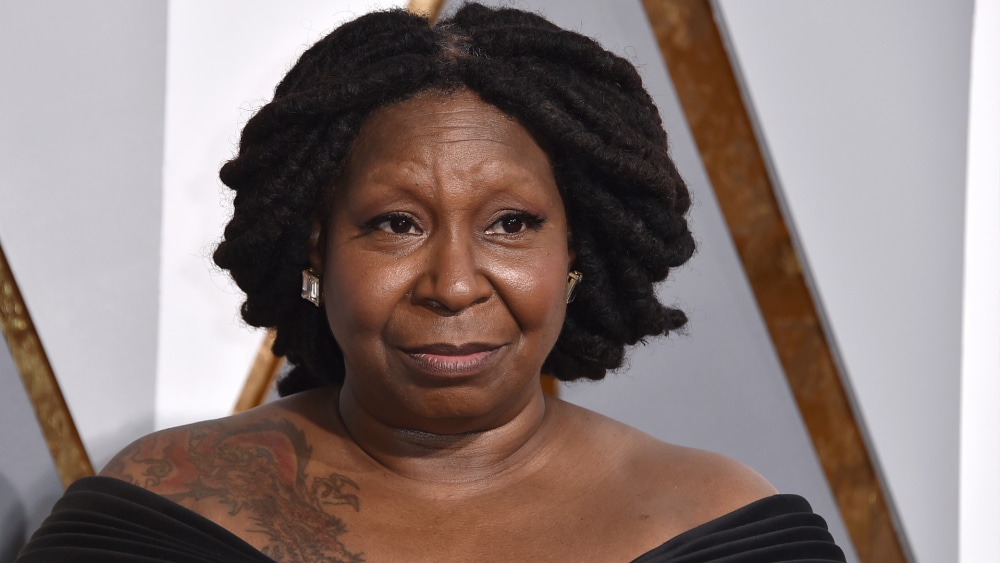 Whoopie Goldberg has talked about her sexuality in one of her interviews; the actress clearly explained that she is not homosexual and has had different relationships with men.

whoopi said ” you’ve never seen me with a woman. pretty much was married to a man all the time. I am straight”. nevertheless, there are some people who still believe that the actress was lying about her sexuality.

perhaps some of the reasons why they feel Whoopi Goldberg has anything sexual to do with women is because of the roles she played in movies like “the colour of purple” and “boys on the side” where she took on the role of a homosexual person.

Whoopie Goldberg was also in a relationship with said dancing timothy dalton and even Danny Glover so there is no way she would have been gay or will be gay right now. 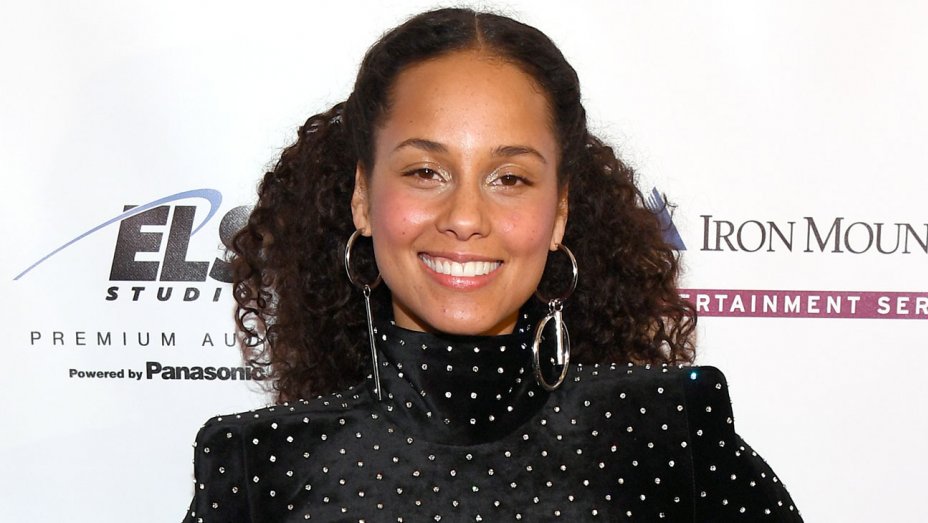 Alicia Keys is a very successful songwriter and singer who has been married for many years to the love of her life Swizz Beatz the couple also have beautiful children whom they have not hidden from the rest of the world as we always see pictures of them on social media.

It is quite surprising that a lot of people are still of the opinion that Alicia keys is not straight.

The singer has taken her time to explain the roots of these stories so that we have a better understanding of where they stem from. ” I had the baggy, braided, tough new york tomboy thing mastered.

That was who I was, and I felt good about it. Then, because of the way I talked about myself, people started to think I was gay and they called me gay, but I never was gay.

But it was hard, and even though I felt comfortable there, the fact that people were judging me made me very uncomfortable”. 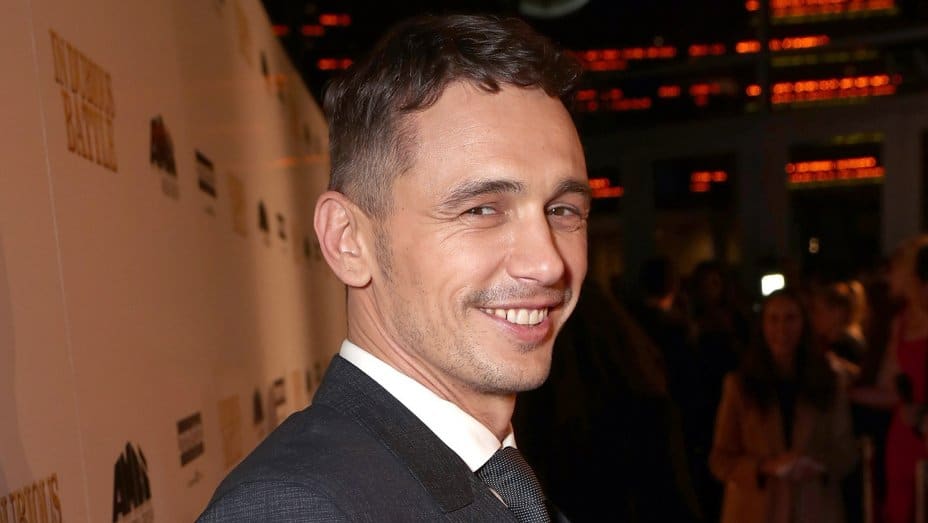 Talk about not giving a fuck what anybody thinks or says about you, James Franco is one celebrity who has been able to train himself to not bother about the stories or rumours that circulate about him and his sexuality.

There was one situation when he was kissing a man and even after that he wasn’t bothered about the stories that circulated.

He made it clear that such rumours began with his classmates when he was still a student and even went further to release a pace in which both of his sexualities got intertwined that is “straight James” and “gay James”. 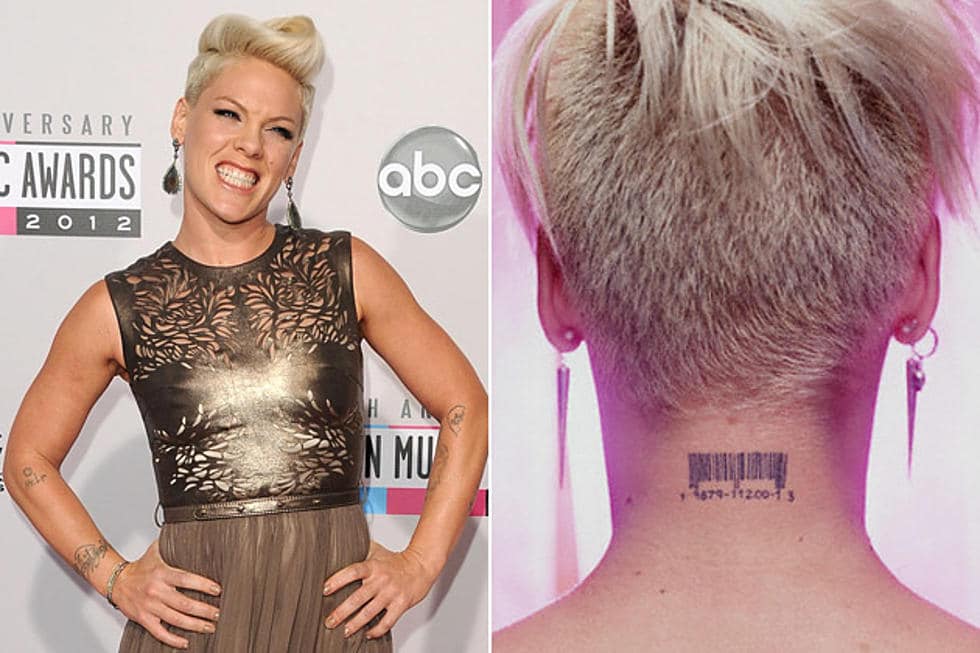 Pink is one singer that has shown to the world that she has a very happy marriage with her husband Carey Hart. Video has been married for over ten years and even have kids together. The media has often considered pink as a bisexual artist.

She became a centre of attention back in 2009 when she had an interview in which she allegedly spoke about her sexual orientation. In the interview think said she had quite a number of gay friends and they often considered her an honorary lesbian.

Pink said: “some of the most amazing people I’ve met in my life so far are gay people and I find it very difficult to ignore I find it quite hard to be around homophobic people or racist” 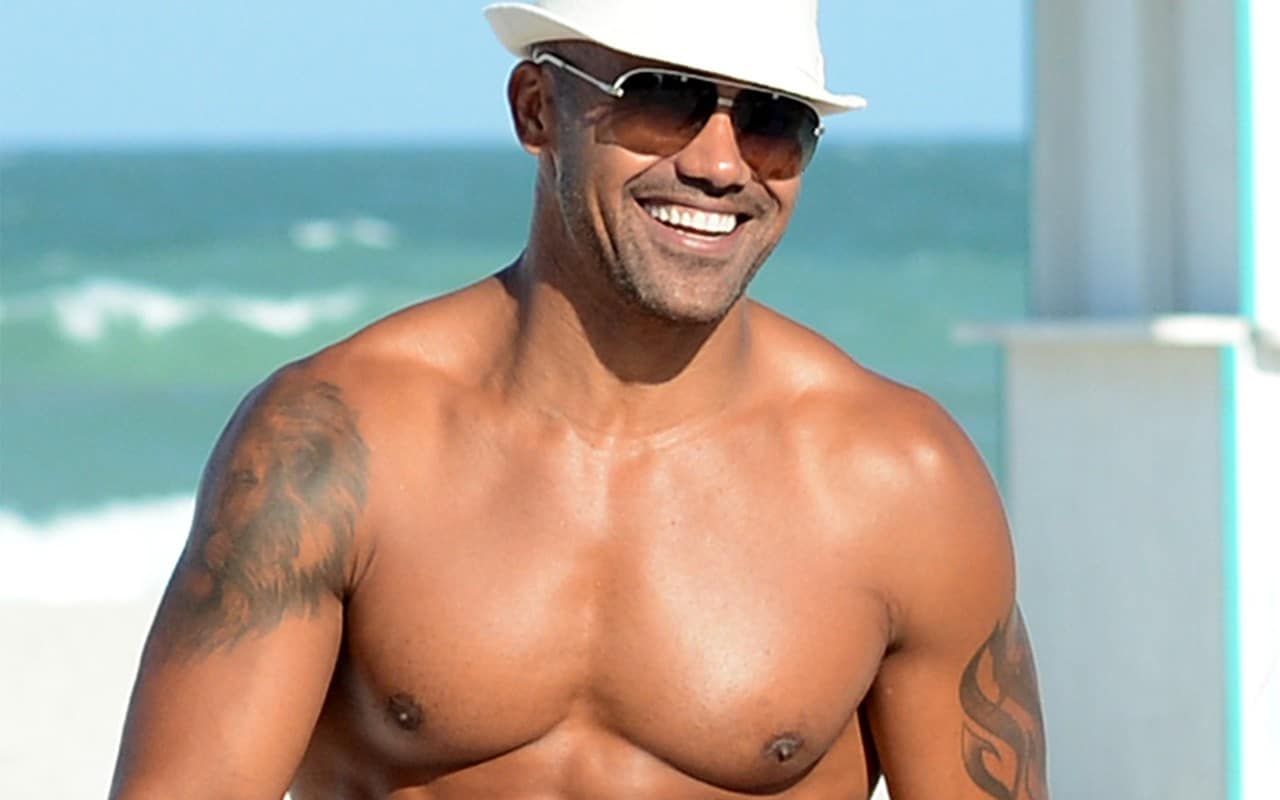 Shemar Moore is one American actor who has been called repeatedly the question is sexuality as far back as in 2006.

Somehow the public got a chance to see a photo of Shemar Moore with one of his male friends. to answer the question the general public was asking he posted more pictures and wrote the description: “I will just love to say that I love women and life and people.

I do not discriminate or allow people to feel small. Say what you want. hey baby girls and fans keep it silly and sexy kisses and thangs!!!” 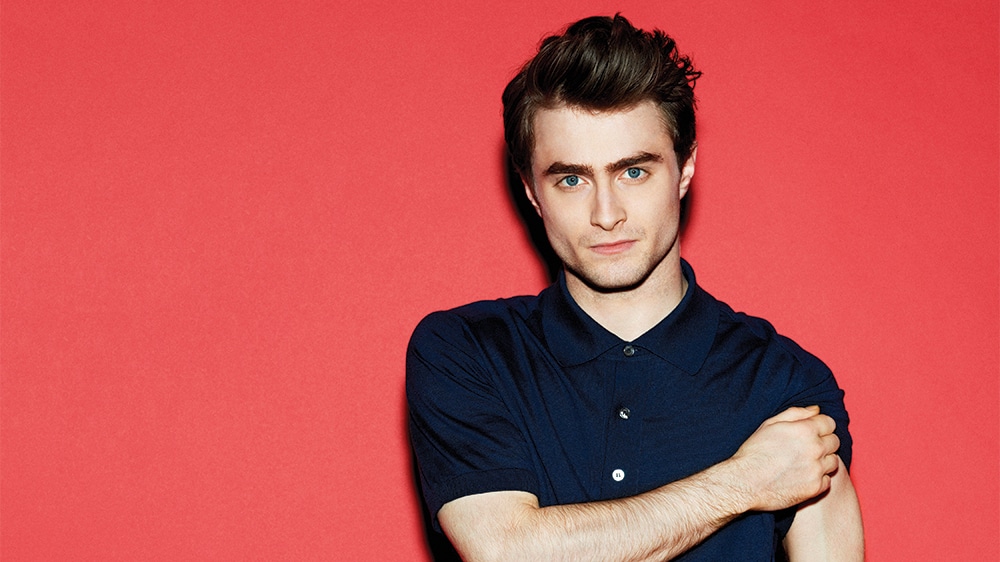 If you have seen Harry Potter then you would know Daniel Radcliffe. Daniel is one actor who has often talked about in his private life during interviews.

However, while Radcliffe was part of the Trevor project, there were a couple of doubts about his sexual orientation. The Trevor project was one that was designed to prevent suicide among LGBT youth.

In response to people thinking he was part of the LGBT community, what Daniel had to say was if people wanted to say that they could go ahead but he was not gay and he was always going to be straight. 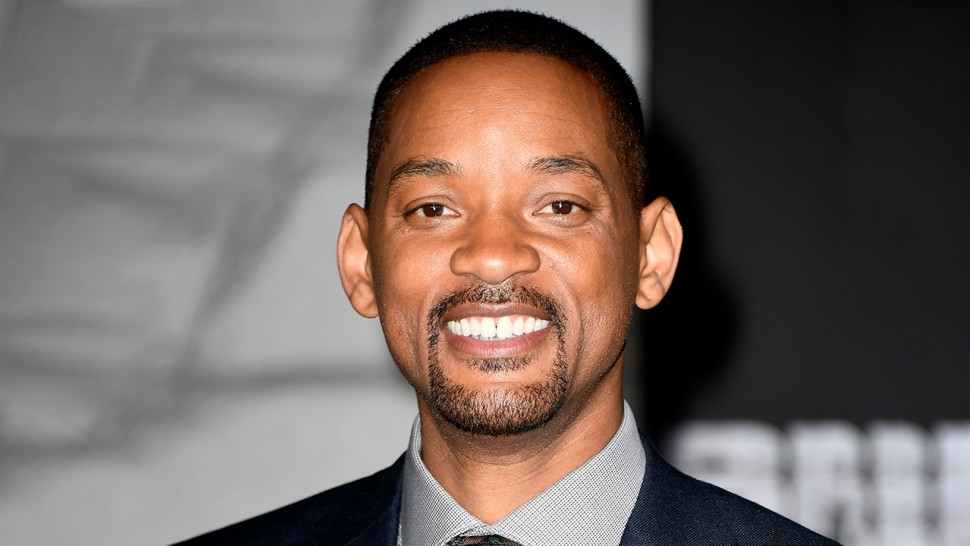 If there is any actor nobody should ever think is gay or whatever gay it is Will Smith we all know about his beautiful family and the strong relationship he has with his wife, Pinkett Jada Smith.

There was a time when he was married to Sheree Fletcher, and somewhere along the line, they had to get a divorce.

His fellow actress Alexis Arquette did not hesitate to give the entire world impression that the marriage between the jewel hit rock bottom when it was discovered that will smith had a relationship with men.

The actor’s ex-wife did not hesitate also to come out and deny these false claims reminding us all that will smith is straight. 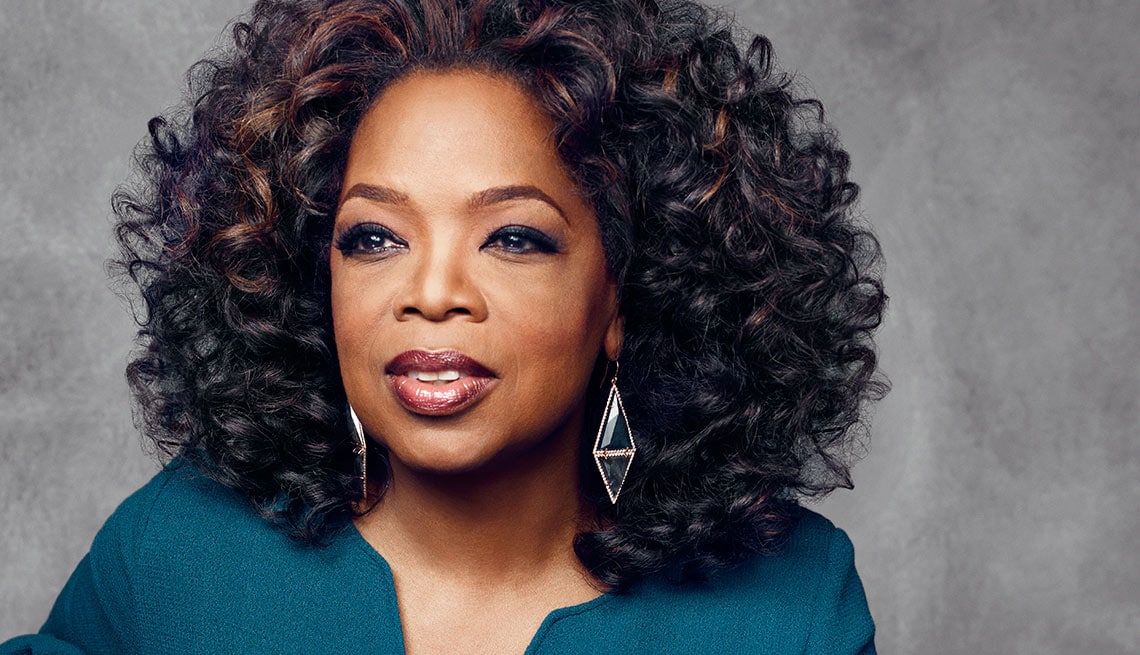 Oprah Winfrey is one of the most famous tv personalities that the world has ever known, and for that reason, she is often the subject of the media.

Just in case you are not aware Oprah Winfrey is in a long-term relationship with Stedman Graham, but they are yet to be married.

A lot of people believe that the reason why Oprah Winfrey and Stedman have not yet tied the knot is because of an alleged relationship between the tv personality and gayle king. Oprah Winfrey as the 90s in an interview saying:

“I am not a lesbian I am not even a kind of lesbian and the reason why it is irritating to me is that it means that somebody must think I am lying that number one number two why would you want to hide it that’s not the way I run my life.”

While we understand that sexuality is fluid and nobody has the right to tell anyone who to love or how to love whoever they want to love, it is also not appropriate to accuse one of being what they are not.

If a celebrity wants to be gay, it is alright, if they’re going to be straight it is beautiful. All that they owe us is to entertain us as much as they can, and all that we hold them is to be devoted fans and give constructive criticisms when needed.

We hope that you found this piece of writing quite interesting. If you have any opinions or suggestions you would like to share with us, please do not hesitate to leave them in the comments section provided below.

Also, if you know of any other celebrities who have been mistaken to be gay when indeed they are straight, we would also like to know about them.

Maieusiophobia: The Fear of Childbirth

Things to Consider Before Suing an Employer for a Work Injury

The Holiday Heart Syndrome: All You Should Know

10 Efficient Ways of Getting Rid of Fleas in Your Home